Every Word We Utter 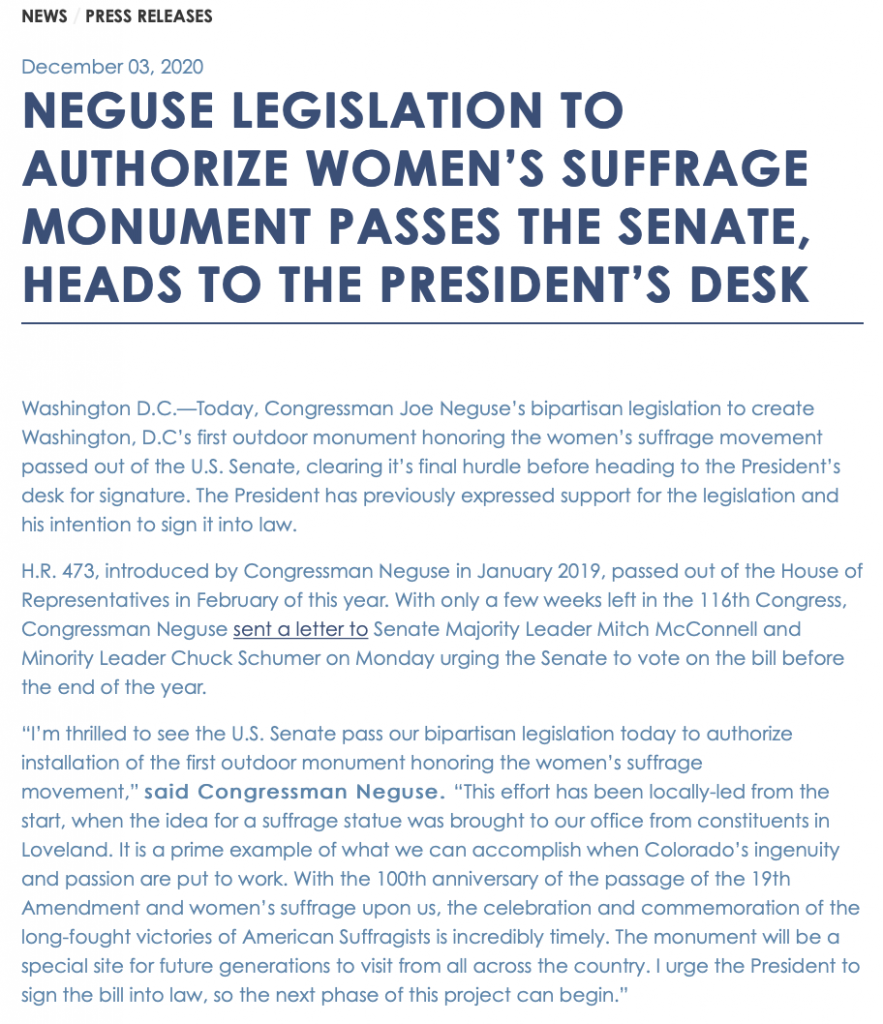 The mission of Every Word We Utter Monument is to create a tribute to acknowledge the women’s suffrage movement, and ensure its placement in Washington D.C. This monument will insure ongoing women’s suffrage education and inspire future generations. 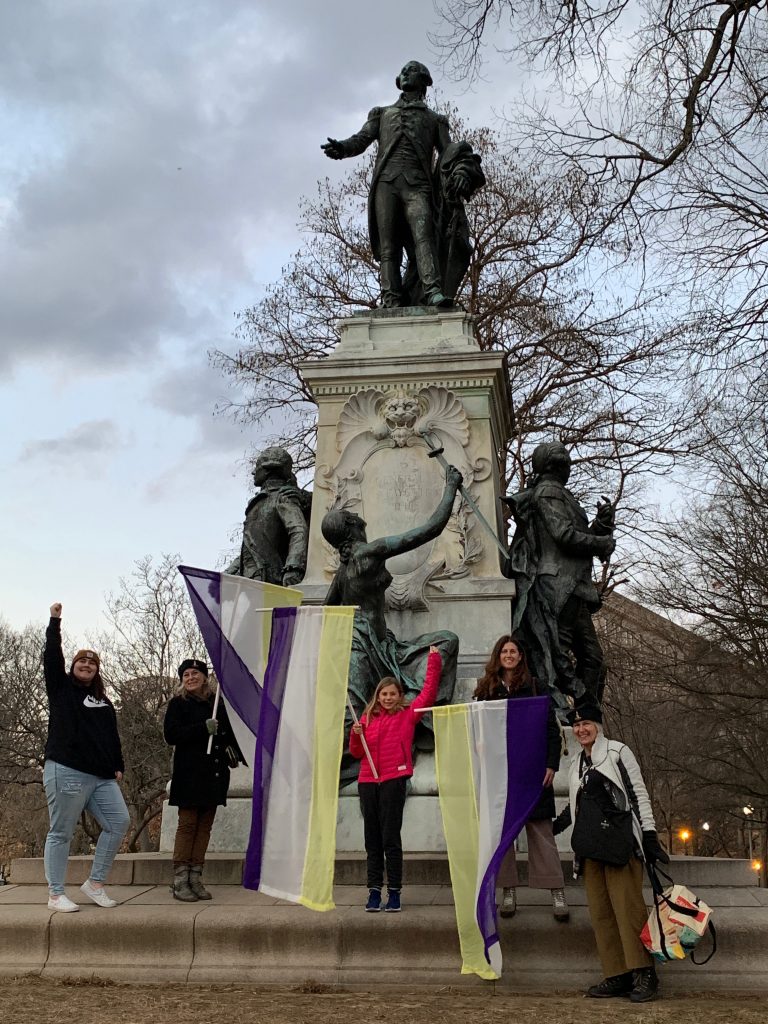 Of the roughly 7000 recorded public art works in our country, a mere 10% are dedicated to historical female figures, and many of these are allegorical. As Dr. Myra Pollack Sadker poignantly wrote, “Each time a girl opens a book and reads a womanless history, she learns she is worth less.” The lack of female role models depicted in public art sends a message that women have not participated in the forming of our nation.

A young girl visiting our nation’s capital for the first time does not learn about the women who helped shape our country because we lack outdoor monument to to view and become inspired by.

Regardless of gender or age, we cannot let anyone walk through a women-less representation of our American history, especially in our nation’s capital. Women from many diverse backgrounds have contributed great things to this country.

We need to be reminded that women’s participation in our democracy did not come easily and that Equality of Rights needs to be continually fought for and expanded upon. The work is not done, and we need this commemorative monument to keep the vision alive in the continued efforts towards equality.

The Every Word We Utter Monument board and founders, comprised of women and men, are dedicated to placing a monument that pays tribute to this victory for the American People a heroic monument dedicated to women in our nation’s capital that will inspire our daughters to aspire to greatness.

We intend to build a monument, dedicated to the power of collaboration and unity.  A site for contemplation, collaboration, education, conversation and inspiration that is commensurate with the preeminent historical and lasting significance that the woman’s suffrage movement has had on the United States of America. It is time to fill in the missing stories of the women who helped build our country.

Donate
“It’s a conspicuous lack in our commemorative landscape and national narrative that we don’t have this.”

Thomas Luebke
Commission of Fine Arts
“Very little needs to be said at this point. As for speaking for the District of Columbia, we would be enthusiastically in support of this memorial.” 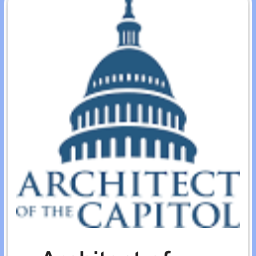 Michael Turnbull
Architect of the Capitol 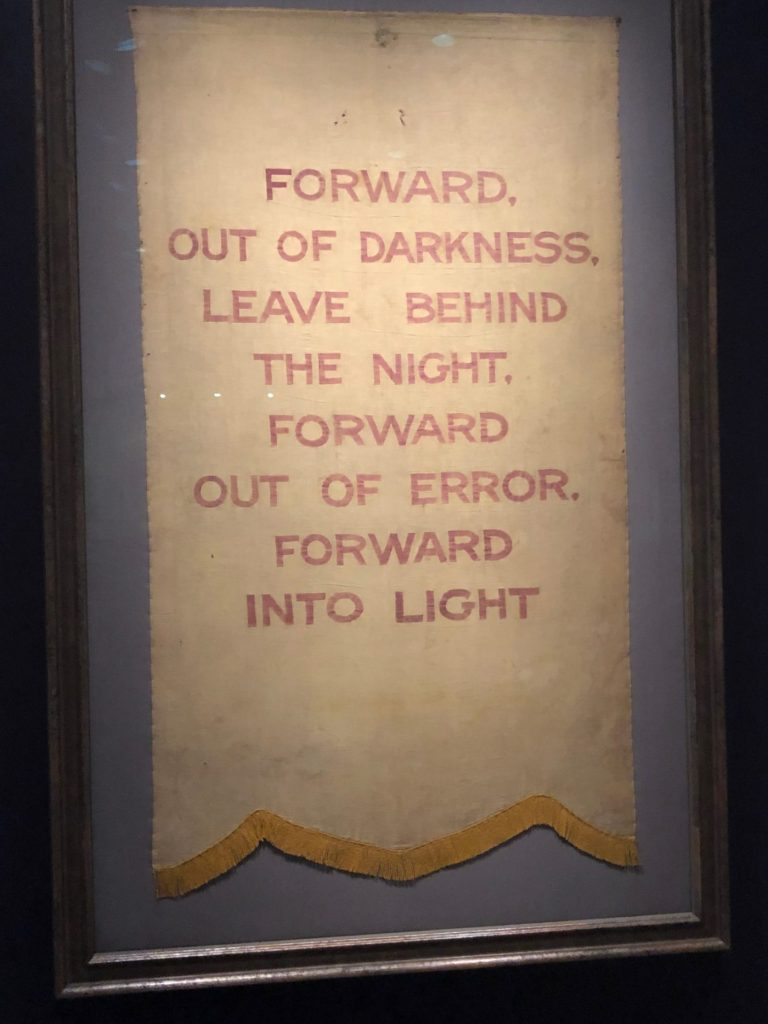 If you would like to support The National Women's Suffrage Monument please Donate.